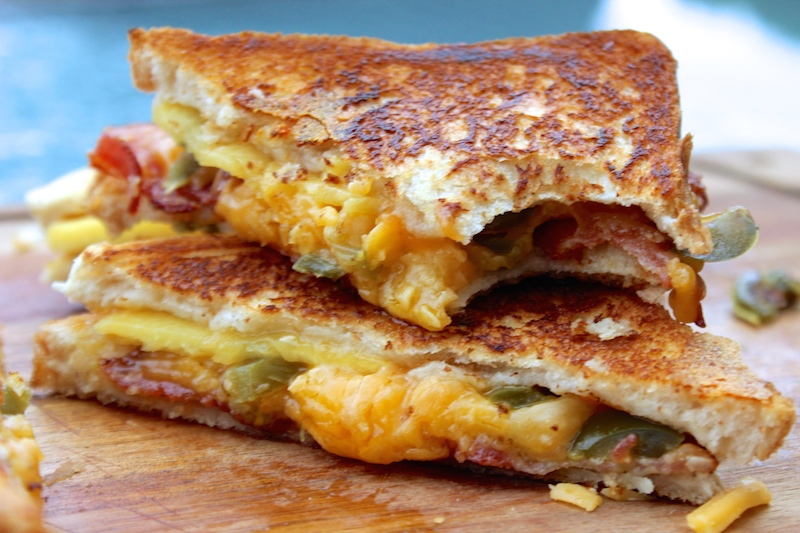 When we first moved to Poland, I remember my ecstatic smile at watching a snowfall. I remember sitting by the window of my hotel and staring out at the Palace of Culture, right in front. I remember watching Mulan repeatedly on the tiny, little hotel TV. I remember walking to the toy store nearby- the only store around, with my mother and sister and buying Winnie-the-Pooh puzzles, pens and board games. I remember missing the friends I had left behind in Bombay, and feeling sad about the artwork from my old school that I never got to take with me.

I still love the snowfall, but I don’t rush outside to catch flakes of snow. I haven’t seen a movie on a proper TV in a long, long time. That single toy store nearby is most likely no more, but there’s a gigantic mall now, and unlike before, the city actually looks like a city. Now, I barely remember my time in Bombay. It’s scary how long I’ve been living in Warsaw. It’s scary how much time has gone by. One minute I was a spunky 6-going-on-7 year old with short hair, thick-frammed glasses, flared jeans and loose teeth. The next, I’m 16. I used to be scared of the high schoolers- even looking at an 11th grader was unthinkable. Now I’m going to be one.

It’s been a decade- not only for me, but for the place I live in. In 2004, Poland joined the European Union. We still had those big, box-y computers at school. It’s crazy how much things have changed. In terms of food, too. There used to be a single Indian restaurant in Warsaw, now there are too many to count. From appreciating a meal at McDonald’s and Pizza Hut,  a lot of Poles have transitioned to clean eating- organic, slow cooked food is chic. So are burgers- but not the chain restaurant kind- the kind you can buy at a food truck- hipster style, freshly cooked, with natural ingredients. There’s even a vegan burger place that’s too good to be true. The city’s become an awesome place- one I want to spend time in, where there’s so much to do, it’s almost overwhelming.  Food, street and music festivals are ongoing. People are becoming increasingly confident to show their originality. It’s difficult to imagine what the city as like during years and years of communism.

I won’t compare Warsaw and New York, because New York’s been free to flourish for far longer. But I will say that I used to want to go to New York city just to explore all the cafes and restaurants. Now, I don’t think I need to all that much. The Polish capital has you covered from gourmet desserts to pancakes drizzled with Dulce de Leche. And Sandwiches. I won’t even start with the sandwiches. That vegan burger place I mentioned has the most amazing stuff- their creations don’t taste vegan at all. There are obviously crappy places around, but once you find the good stuff, you’ll get hooked.

The sandwich recipe I’m sharing with you is pretty darn awesomesauce too- it could compete with some of the trendy ones Warsaw has to offer.  I used to like plain old grilled cheese- with just the butter and the cheese. Things change. Now I like it with bacon, peaches and jalapeños because I haven’t been afraid to venture out and try something different- you should do the same, because it’ll surprise you. In a good way. Change is in the air- out with the old, in with the new. 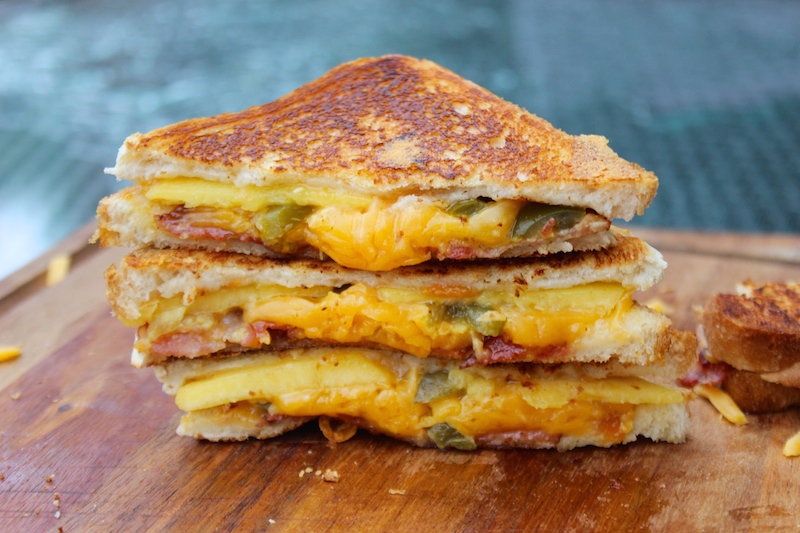 While I’d like to take full credit for coming up with the idea of utilizing peach in a grilled cheese sandwich, it was very loosely inspired by the very creative Nicole from Brown Sugar. 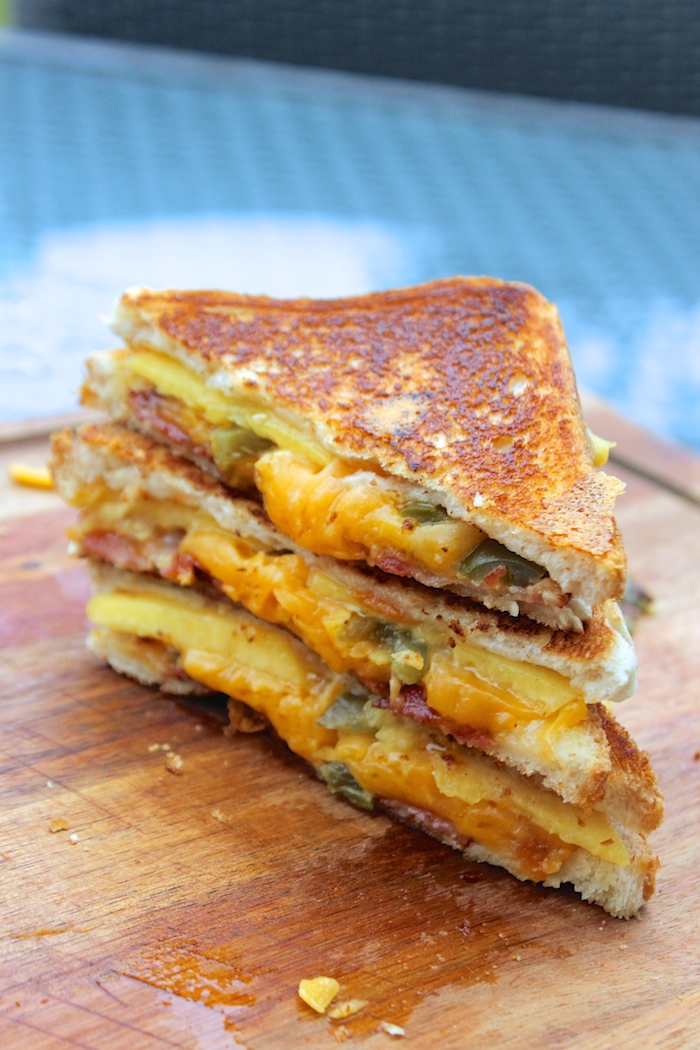