Crisp on the outside, chewy on the inside vanilla macarons with french vanilla buttercream. So good. 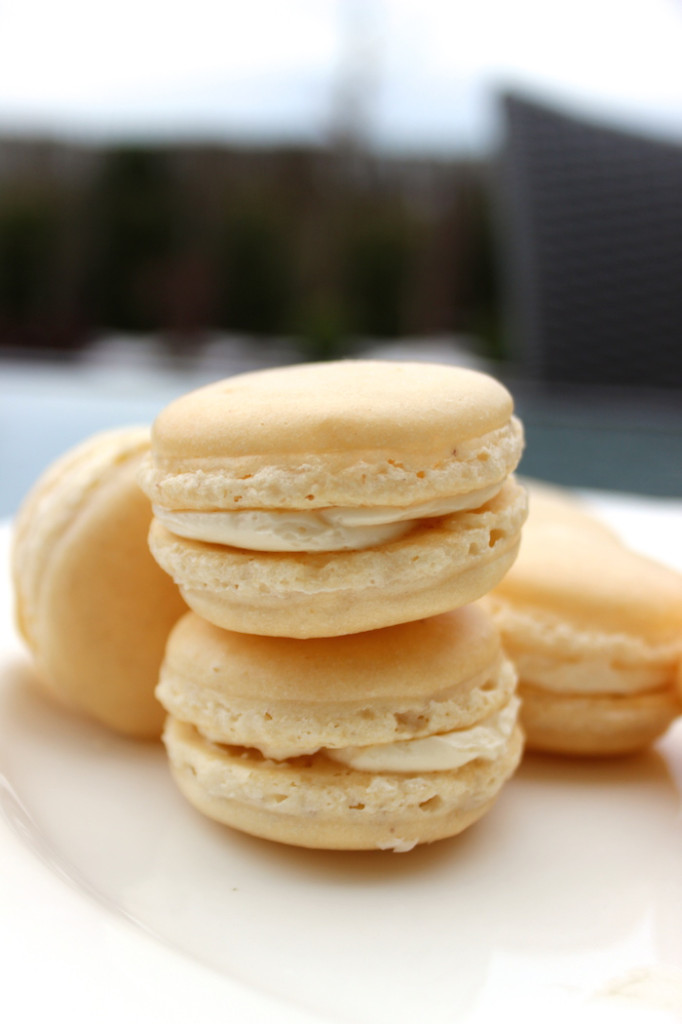 My friend, Fong celebrated her 16th birthday earlier this week. During the summer we went to France for a camp. Indulging in French breads and pastries in France has always been on my bucket list. But oh, my god. France is expensive! And we were in the South of France, where everything is even more up-market. But we still had fun, I ate Ladurée macarons for the first time, and now I understand what all the buzz is about. Fong went crazy over the macarons after eating them for the first time in McDonalds. Gosh. French people sell macarons in McDonalds. Anyway. We tried Ladurée afterwards, and she really liked the vanilla ones in both places, so I made these macarons for her birthday. 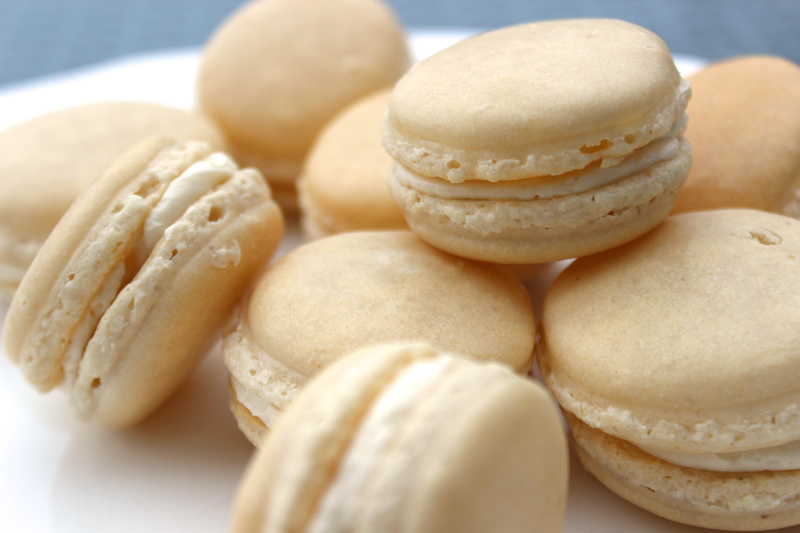 There are two reasons why people love macarons so much: They’re French. French pastries are pieces of art, they’re petite, gorgeous and so foreign- and macarons live up to this reputation. Also, their texture. The exterior of the cookie is crisp and light, while interior is chewy. Sandwiched in between is the filling- and you can get really creative when it comes to this part. A simple vanilla macaron is quite delicious as is, but you can experiment with combinations. Here are some mango mascarpone macarons I made a while back, and boy, they were delicious- I just colored the shells a sunset yellow and blended together pureed mangos and mascarpone cheese for the filling. 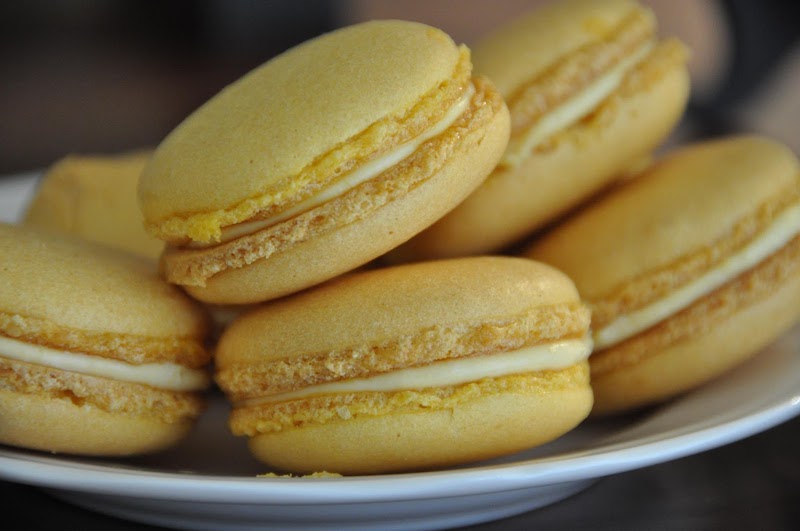 Below, you’ll find the recipe for classic macarons. It’s in grams, because weighing the ingredients is the most accurate way of measuring. I’m not a huge fan of an egg-white based buttercream, but they really compliment the flavor of the sweet, almond cookie. If you can, use a vanilla bean. Try and play with them a bit, be creative- add some color to the shells, add some flavoring to the buttercream- it’s really up to you 🙂 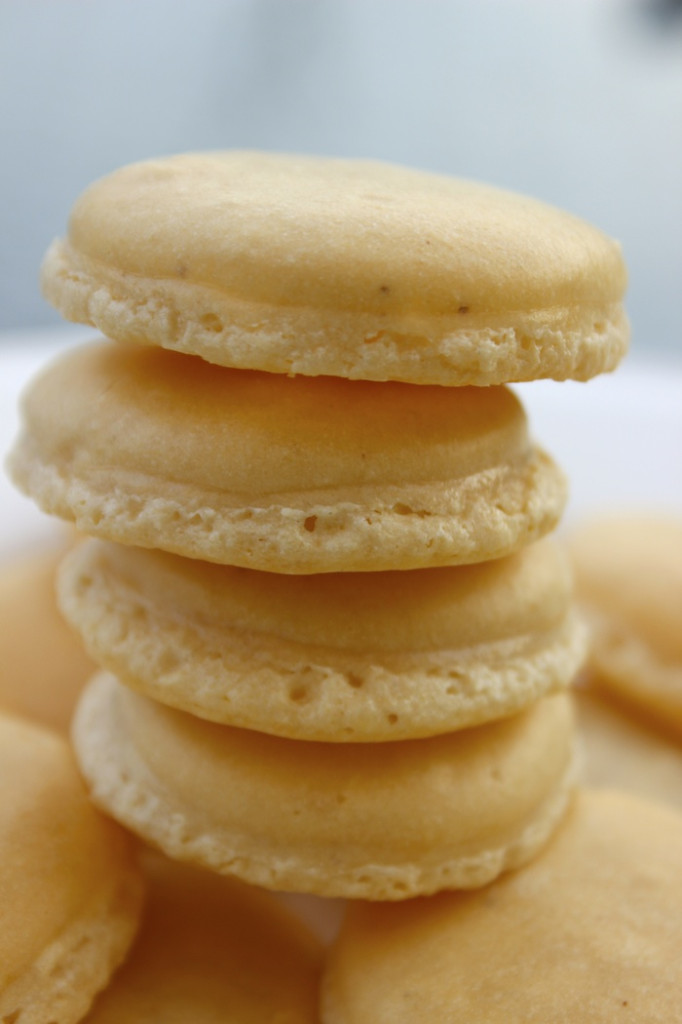 Use a clean, glass bowl when whipping the eggs.

Recipe (adapted from Tartelette):
For the shells:

Method for the macarons:

1. In a food processor, combine the almonds and confectioners’ sugar, and blitz until combined. This eliminates any large chunks and gives you a fine powder.
2. In another bowl beat the egg whites, gradually adding in the castor sugar- a tsp at a time until stiff peaks are achieved (if you hold the bowl over your head, no egg should fall).
3. Add the vanilla extract and continue beating.
4. Using a strainer, sift in the almond-sugar mixture and then fold using a spatula. This is called “macaronage”- give the batter around 30 strokes or until everything is mixed in. To test if the macarons are at a perfect consistency, place a spoonful of the batter on a plate. If the peak disappears within 20 seconds, it’s done. Go slow here, because you don’t want to over mix!
5. Pour the batter into a piping bag with a 12” nozzle- or you can just snip a good cm off. Pipe 3 cm rounds onto a parchment paper/silicone mat lined baking sheet, make sure they are spread 1 inch apart.
6. Let the trays sit for 30 + minutes or until the tops have dried- if you touch a round, no batter will come on your finger.
7. Bake in a 285 F or 140 C preheated oven for 15-20 minutes or until the tops are slightly crisp to the touch.
8. Cool completely before filling. To fill, pipe a dollop of buttercream on one shell and sandwich with the other. Store for a couple hours in the refrigerator until ready to serve.

1. Create a double boiler by placing a glass bowl with the egg whites and granulated sugar over a small pot of simmering water. Make sure the bowl isn’t touching the water. Whisk continuously until combined (10 min) The color will be very white, and if you place your index finger into the mixture and rub it against your thumb, it should not feel gritty.
2. Remove the bowl from the heat and with an electric mixer, beat till stiff. It will be very glossy, thick and resemble marshmallow fluff. The bowl should also be cool to the touch.
3. Add in one tbsp of the butter at a time, beating very well after each addition. Continue to beat the mixture until thick, creamy and smooth. This can be anywhere from 1-10 minutes. If the mixture looks curdled, continue to beat. If your butter is very soft, it will most likely take less time (not melted!).
4. Add in the vanilla and store in an airtight container until ready to use. I suggest refrigerating if you won’t use it within a day. 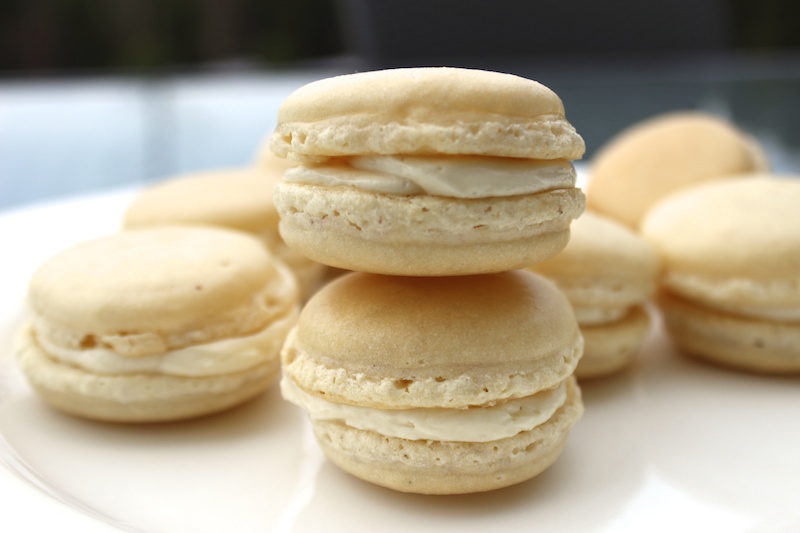 If your macarons don’t turn out, don’t get discouraged! It’s an art- you can always use the shells to make this gorgeous raspberry chocolate mousse tart with a white chocolate mousse (if your shells are plain). 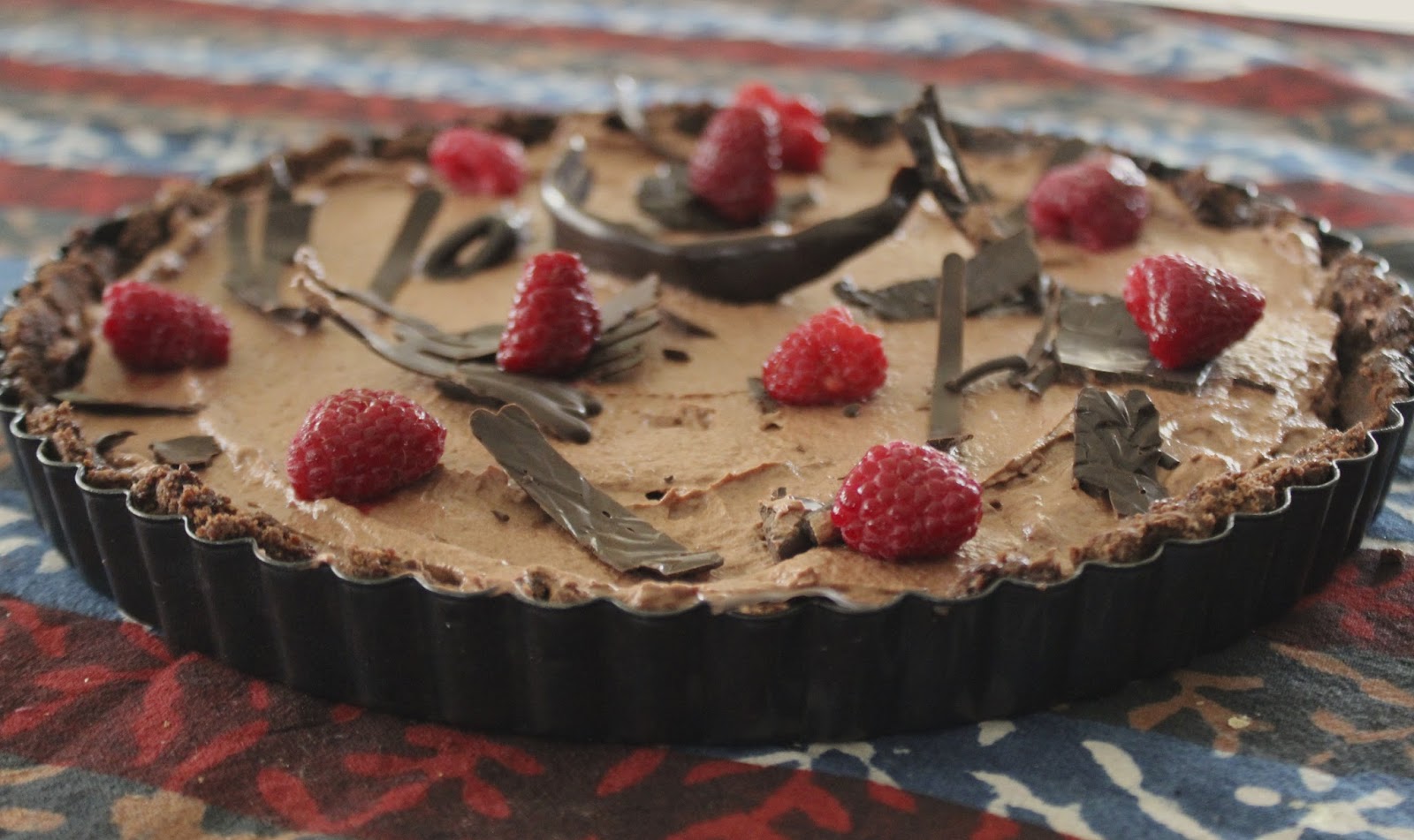 Are you more of a chocolate lover? Try my chocolate macarons out instead: 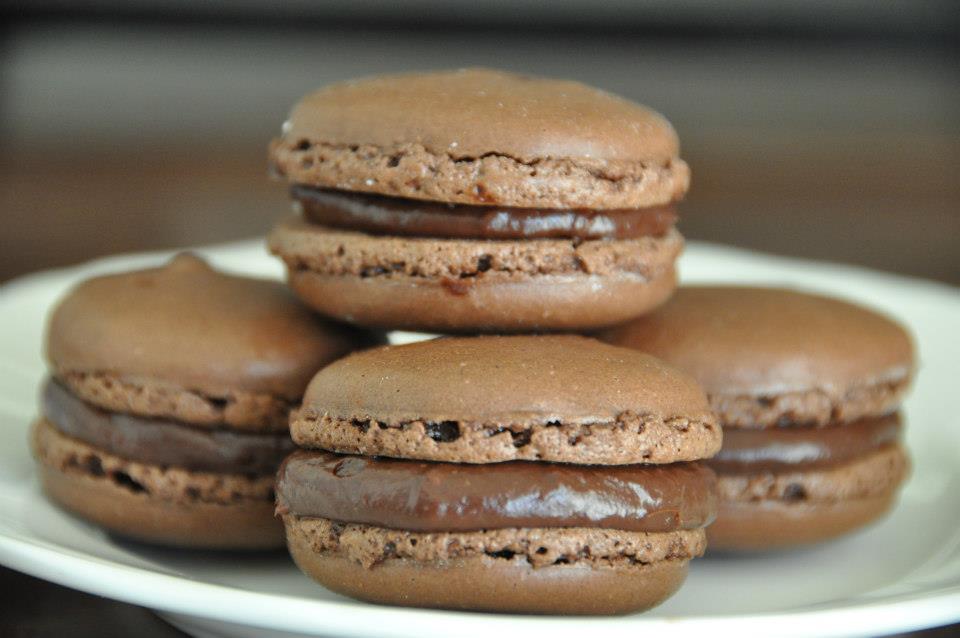 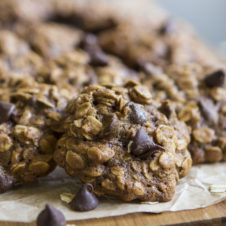 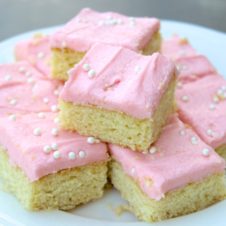 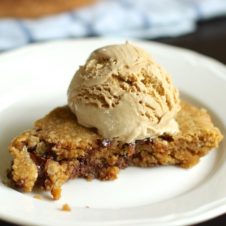