A golden brown vanilla French toast coated in powdered sugar. Tastes just like a doughnut, except it only takes an instant to make. 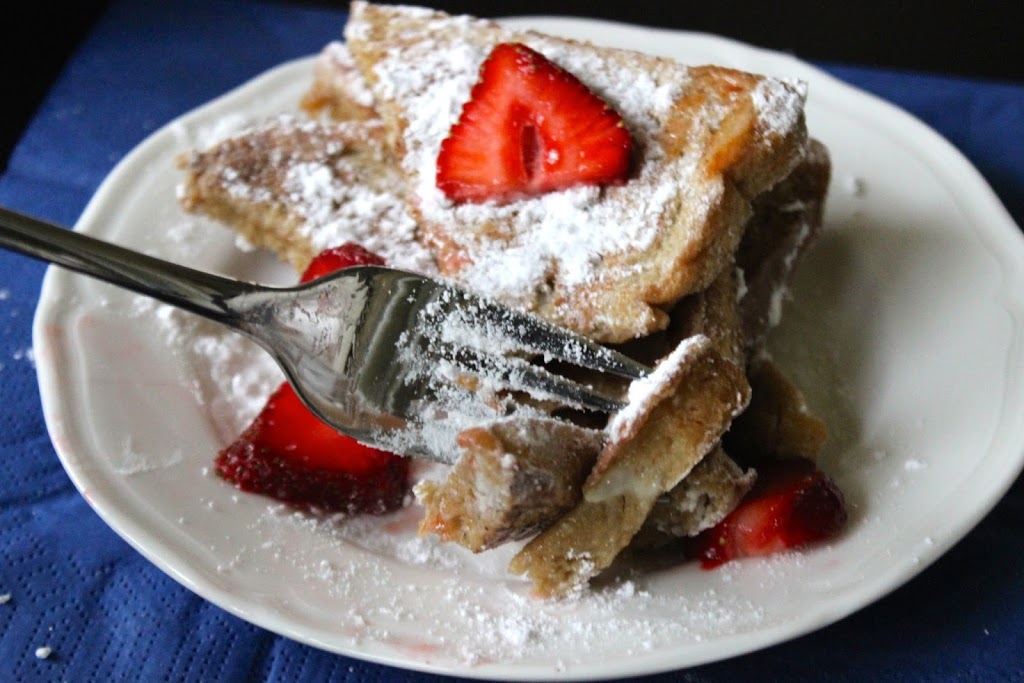 There’s so much we see, or hear but don’t really know. It’s so simple to make assumptions, to call someone ‘boring’ or ‘uninteresting’. But everyone has memories, experiences and personality traits that make separate them from the rest of the world.

National Doughnut day takes place this year on June 6th. I’m not from the U.S., so I admit I was a little presumptuous- “yet another pointless reason to celebrate,” I thought. I assumed June 6th was a day chosen randomly to honor the fluffy fried pastry that people love so much. But this is what I’m talking about. National Doughnut Day has a whole story behind it. During World War I, volunteers  from the salvation army travelled to France where they set up canteens or social centers near army bases that provided soldiers with writing supplies, baked goods and a clothes-mending service.

When the volunteers realized the difficulties of providing freshly baked goods to a mass of soldiers, they came up with the idea of making doughnuts, which were quick to serve. This idea proved to be a big hit.

Later, in 1938, National Doughnut Day was established during the first week of June by the Salvation army to commemorate the volunteers who served doughnuts to soldiers during the war and also as a means of raising money during the Great Depression for the needy. Today, it is still a symbol of the aid the salvation army provides.

Today I’m sharing a recipe in honor of National Doughnut Day. Doughnut french toasts. Unlike a traditional doughnut, these aren’t ring-like, thick or deep-fried (I find deep comfort in deep-fried doughnuts, crisply brown and fluffy as they are). But these french toasts are golden in color, subtly sweet and aromatic. 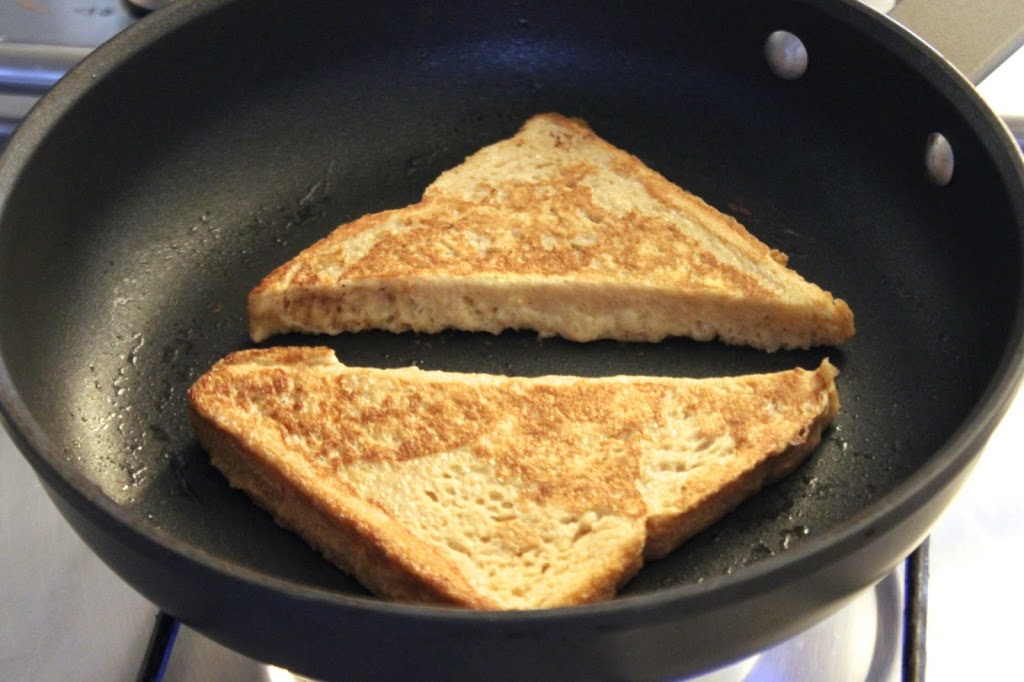 They are also doused in powdered sugar, just like a sugar doughnut. The original recipe comes from Nigella Lawson- which almost guarantees decadence (not quite as much than a classic doughnut, of course). 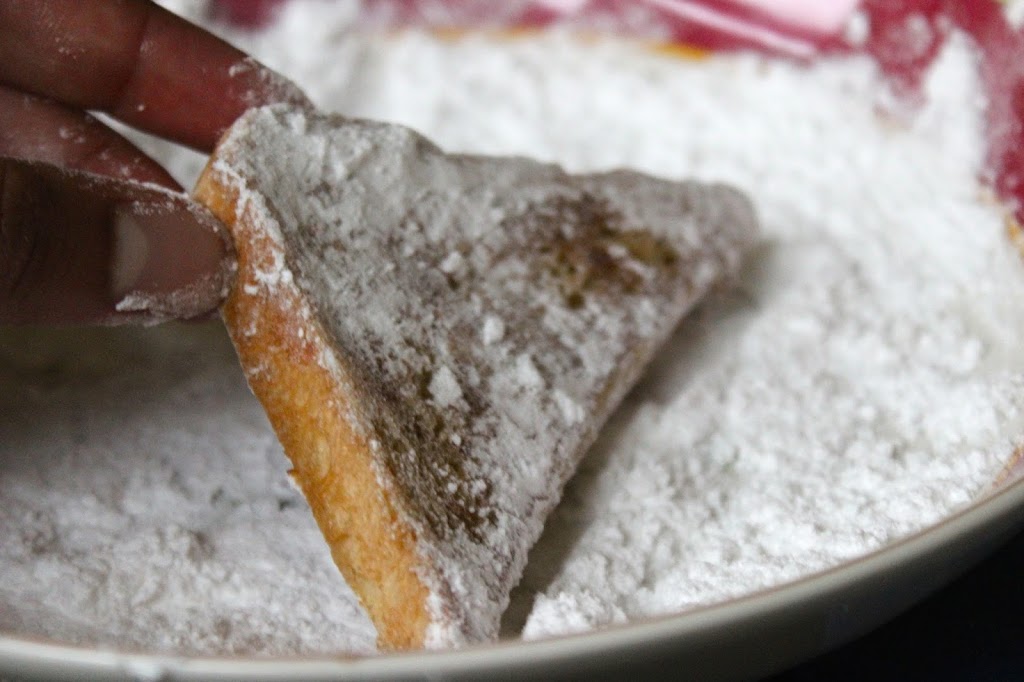 I love to serve them with strawberries, which add a slight tartness. These are quite perfect for breakfast and so simple to make, you can enjoy the flavor of a warm doughnut even at midnight- when that is all you are craving. 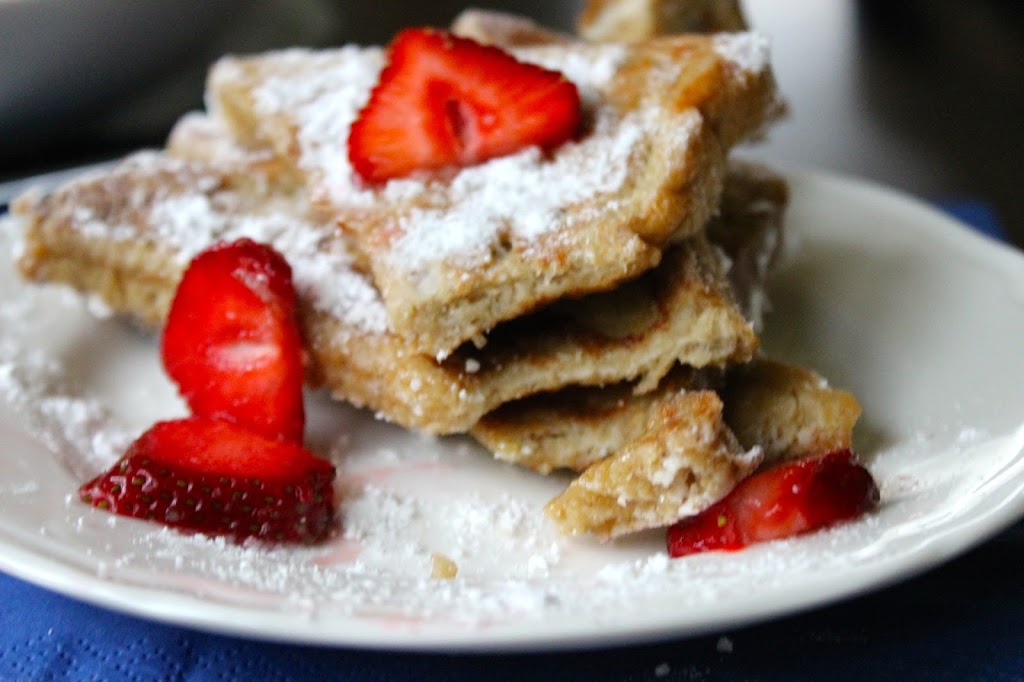 Don’t judge the doughnut french toast simply on what you see- it doesn’t quite resemble a doughnut. But you must try it to learn its story.

Doughnut French Toast and National Doughnut Day
Author: Hot Chocolate Hits
Prep time: 5 mins
Cook time: 5 mins
Total time: 10 mins
Serves: 1
Ingredients
Instructions
Notes
*You cannot omit the vanilla as it gives the french toast its doughnut flavor[br]* it is your choice whether or not to use powdered or castor sugar- it just depends on which one you prefer. Powdered sugar has a tendency to dissolve, so you may have to double dip.
3.2.1311
recipe loosely adapted from Nigella Lawson 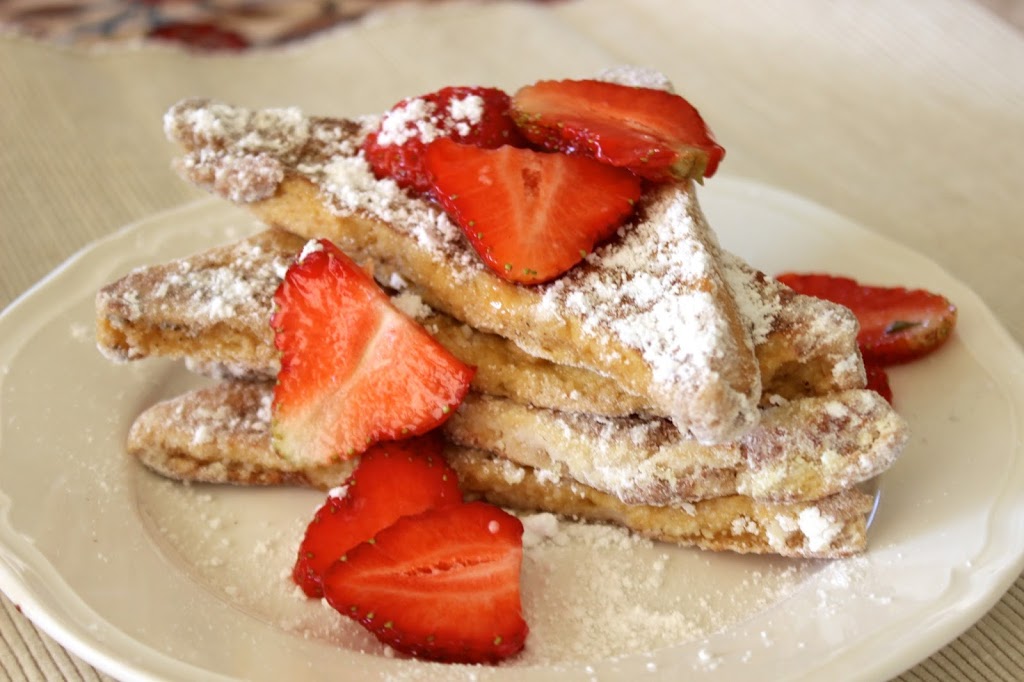 If you would; however, like a doughnut recipe, be sure to check out my Nutella stuffed beignets, which have also been published by Yahoo! You could cut them out in a ring shape if you’d like. 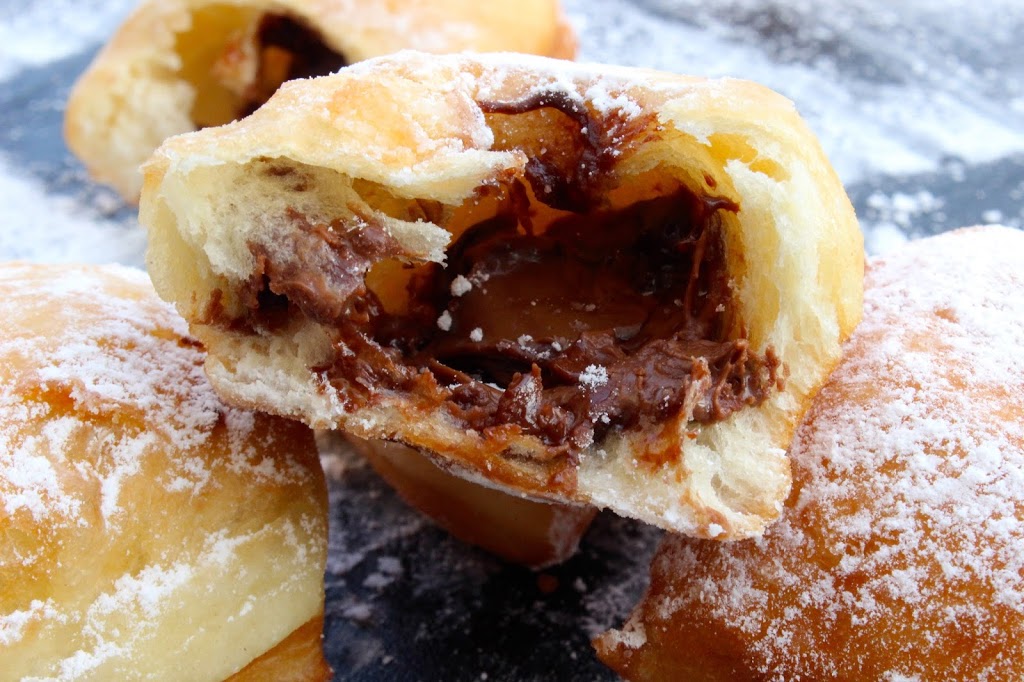 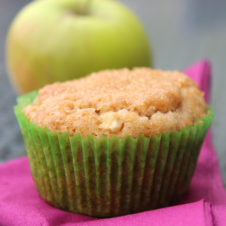 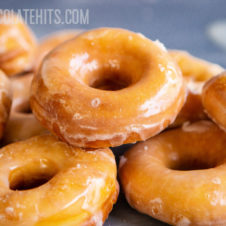 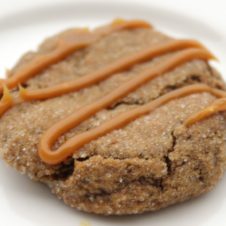