posted on September 17, 2012 by Vedika 0 Comments »
(Adapted from Martha Stewart’s Cupcakes “German Chocolate Cupcakes”, and youtube user Lovelyladycakes‘ recipe) – click the link to see her make it in the very best way!

Sometimes, my mom drags me along to art exhibitions and such. I love looking at paintings, the creativity and intricate designs, but what I truly love is the finger food served. A year ago, I attended an exhibition, buffet style, at a friend/artist’s house. It was in a way, a potluck, because different people brought different foods. One of these foods was a dessert, a chocolate cake to be specific. It was baked in a polish pottery rectangular dish, and the cake was topped off with what appeared to be a strange mixture of goop. I decided to give it a taste, and in fact, I fell in love with it.

Later, I realized it was a German chocolate cake, made with almonds instead of walnuts, and coconut, and of course, I wanted to recreate it. Recipes for German chocolate cakes have appeared to be slightly intimidating, not because of  the difficulty level (it is very simple), but I detest using only a part of egg instead of the whole (unless absolutely necessary- like in a meringue). The recipe I looked at called for eight egg yolks in total, and though I may save the whites, I never get around to using them. While surfing youtube, I came across Lovelyladycake’s German chocolate cupcakes. No separated eggs whatsoever! I decided to make it, and I found the recipe to be quite similar to the cupcake recipe I had in my Martha Stewart Cupcakes book- almost identical. So I made Martha’s cupcakes, and Anna’s frosting, and the result was delicious- maybe even better than the one I had initially tried!

The cake is ohsochocolatey, with a subtle dark chocolate taste, almost like a light brownie, I like the use of melted chocolate instead of cocoa. The buttermilk makes it sooo moist, not at all dry. The topping really is fantastic – I made mine a little too thick in the video, even so, it tasted wonderful. I would recommend keeping an eye on the topping, and cook it for 5-10 minutes on LOW heat, until it just starts to boil. (should be slightly thickened, having the thickness of a milkshake.) ‘Nuff said.

Makes 24 cupcakes, or 2 8 inch cakes (the recipe on my video makes 12- I used XL eggs instead of regular sized ones in the vid.) 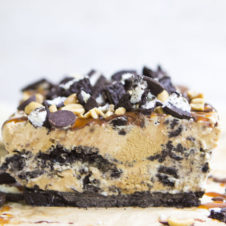 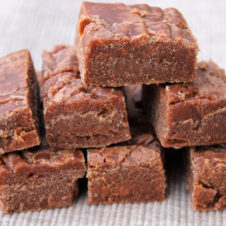 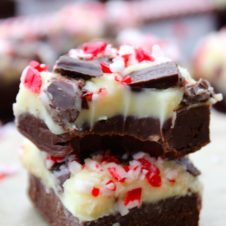